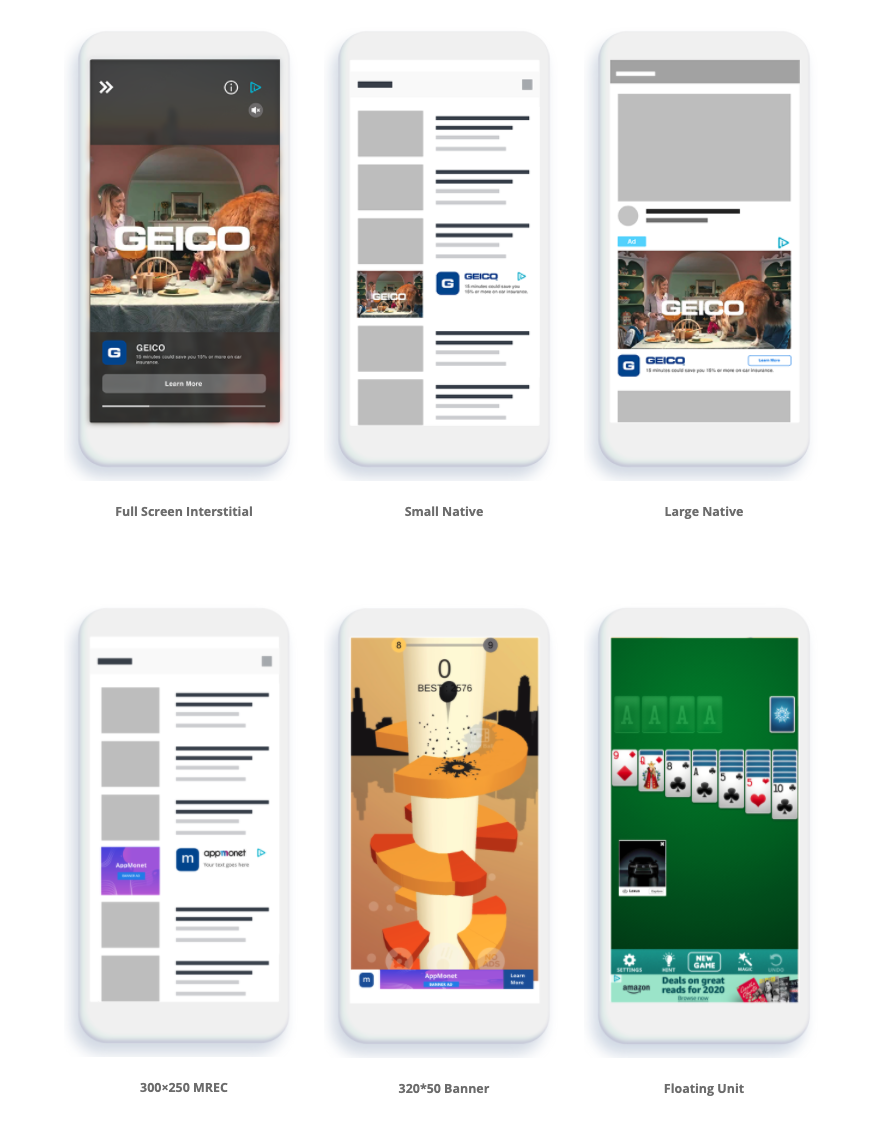 If you’re an app publisher who relies on in-app monetization, you might be debating over how to gain more revenue without interrupting your apps’ user experience with mobile ads. Especially during this lockdown period when people are confined to their homes, they are turning to games or socializing online for a sense of camaraderie and to help pass the time. To help publishers on our network succeed, here are AppMonet’s tried-and-true tips for mobile app monetization that can make you more — without sacrificing your users’ user experience!

Ad fatigue and ad blindness are very real. As with any mobile app monetization model, the user experience is critical when it comes to in-app ads. In-app ads don’t have to be intrusive or pushy — when ads are highly targeted and present the right offers to the right users, they can add value for both the advertisers and the users. The wide variety of ad formats allow apps to accommodate the user experience in a way that isn’t disruptive.

Don’t just chase after the highest paying ad format. Because of the high CPM, your request won’t get filled all the time. On the other hand, although banners are the oldest mobile ad format, they are still an effective monetization tool for apps. Due to their small size, banners are often the easiest ad format to implement. And since these ads can often fit on-screen alongside the main screen, they are also able to reach a high number of the app’s users. So, despite relatively low eCPMs, banner ads still have huge potential to be an effective driver of your ad revenue.

Choose a few reputable SDK partners that are complement to your adstacks, or even start with a JS tag so you could start monetizing from day 1 while your engineering team is working on integrations. Each ad network has their secret source so it doesn’t hurt to monetize with multiple partners. For example, being in the center of NYC, AppMonet has built close relationships with the largest brand advertisers and agencies which created unique brand advertising demand. With one unified SDK, AppMonet supports all major video brands while maximizing and diversifying apps’ brand advertising demand sources. Apps usually earn 25%+ more after working with AppMonet.

Knowing the demographics of your users and being able to share this first-party data with advertisers is vital for attracting the ad budgets of top brands.

If you’ve built an app and have followed your app marketing strategy to the point where you’ve built up enough users to monetize, it is time to think about in-app monetization and take advantage of increasing app usage during the COVID-19 period.

Get in touch!
Previous An Updated Look on Q2 2020
Next Changes to IDFA in iOS 14 and SKAdNetwork Explained